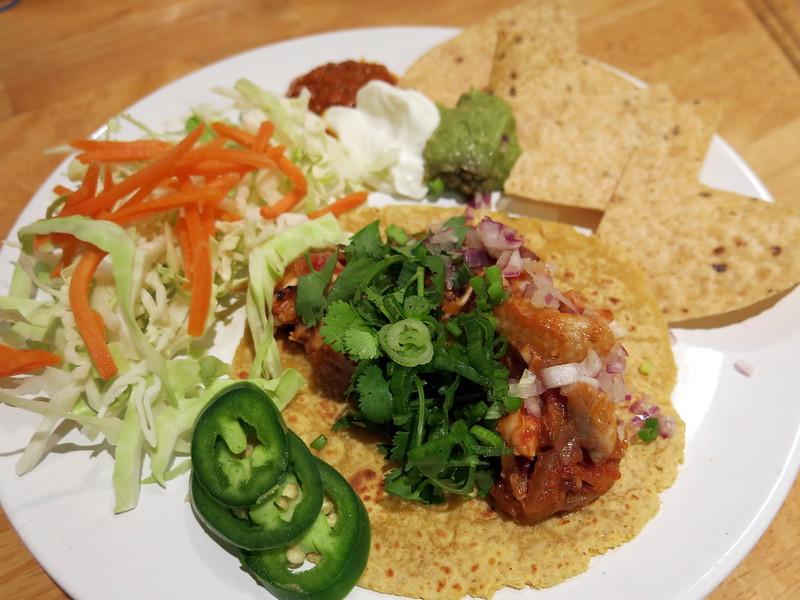 A theme in my life appears to be not taking advantage of the food resources around me. Even though I grew up mere hours away from the border, my pre-college exposure to Mexican food was limited to Taco Bell’s crunch wrap supreme and Tina’s frozen burritos. To be fair, both foods still hold a very dear place in my heart (oh, the joys of a microwaved spicy beef and bean!) but, thankfully, I’ve explored options beyond the highly commercialized and processed. Now, whenever I fly into southern California, I make a beeline for my favorite hole-in-the-wall taqueria or scrappy food truck.

It was at one of these dingy, street food establishments that I discovered a world of proteins beyond “premium seasoned beef” or microwaved “bean and cheese.” I became intimately acquainted with spit-roasted al pastor, gamey carne asada, intensely umami chorizo. I was beginning to think myself relatively well-versed on Mexican meats until I came across a recipe on Serious Eats:

Chicken tinga is the only taco stuffing on the menu that matches the complexity of al pastor, although it does it in a completely different way with its deeply smoky, spicy, and earthy flavor. It’s completely satisfying, making a couple of small tacos taste like a larger, grander meal than they really are.

Oh. Yes. I’d never heard of chicken tinga before, but I was sure I wanted to make and devour it. Better yet, the recipe looked incredibly simple. However, because I am nothing if not lazy, I chose to skip a step or two to make this a total weekday dinner. Why lug out my food processor to puree the sauce, when I could just… not do that? My minimal effort still yielded maximal pay-off. The chicken tinga, once loaded onto a tortilla with garnishes and sides, was everything promised and more. I’ll most certainly be making this again, especially if any taco parties come my way! (… and no, I probably won’t ever follow the full directions — but better that than taking the truly easy way out and reheating a frozen burrito, right?) 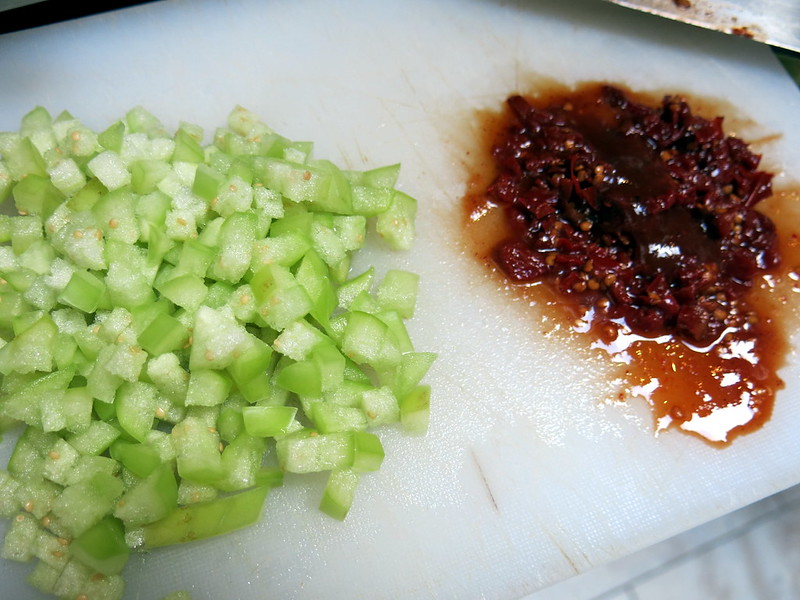 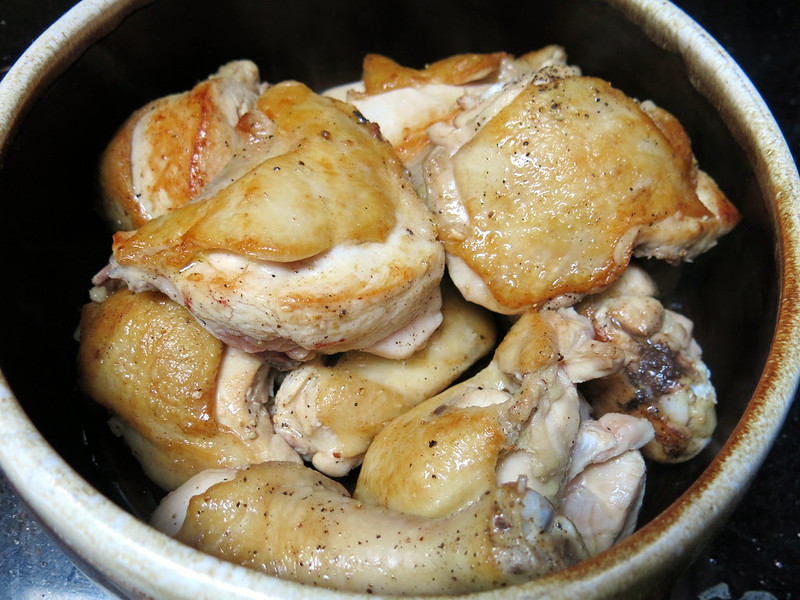 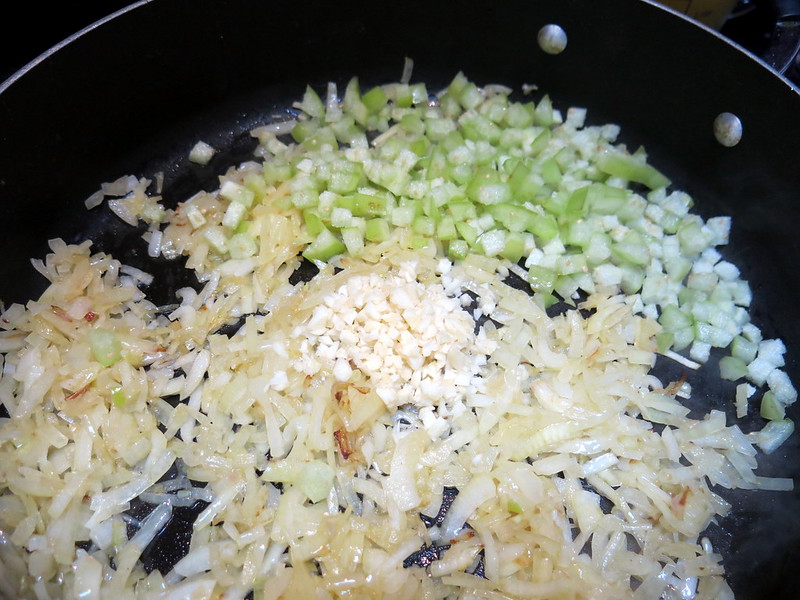 Aromatics, all together now. 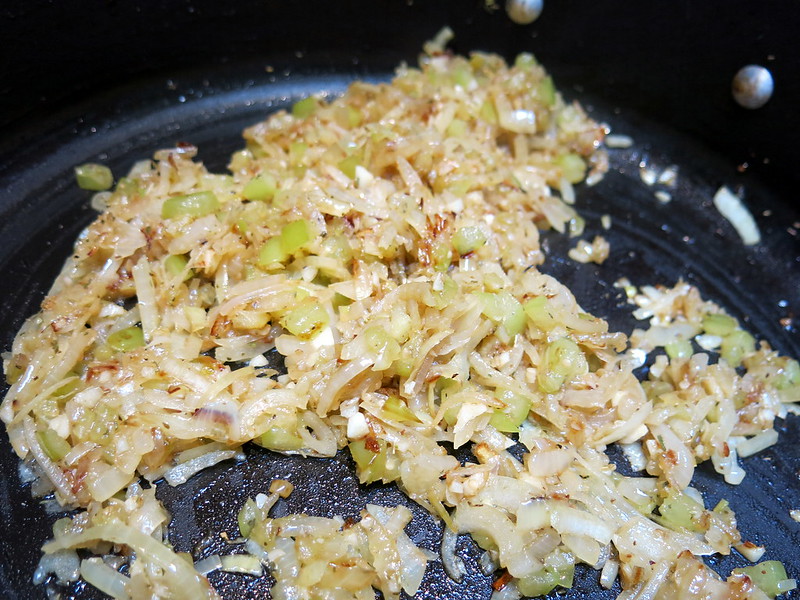 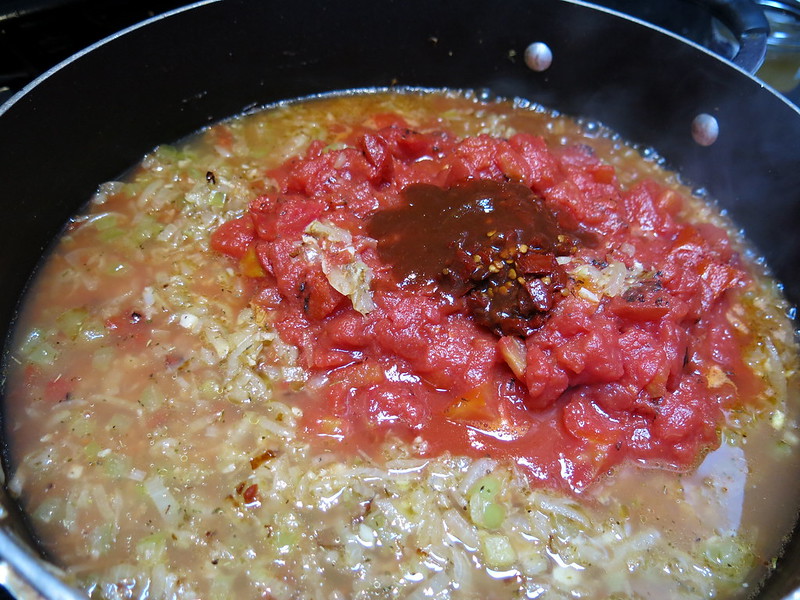 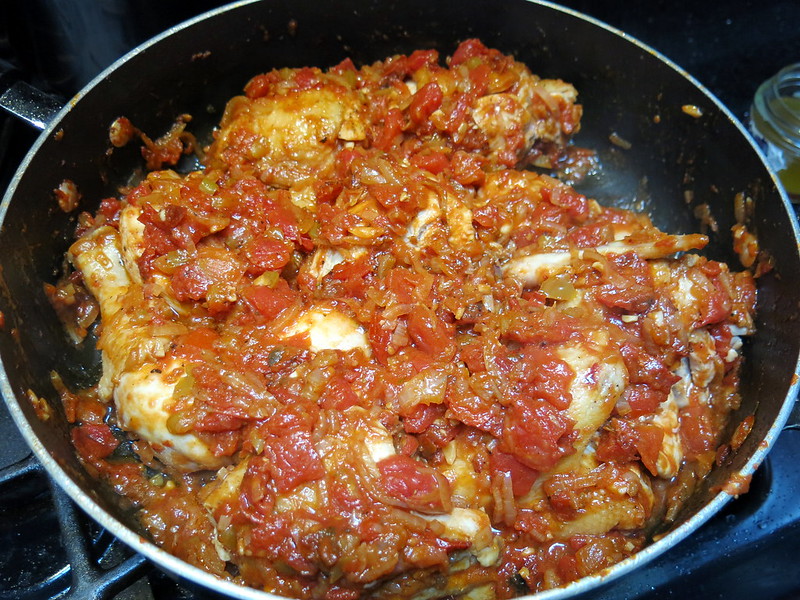 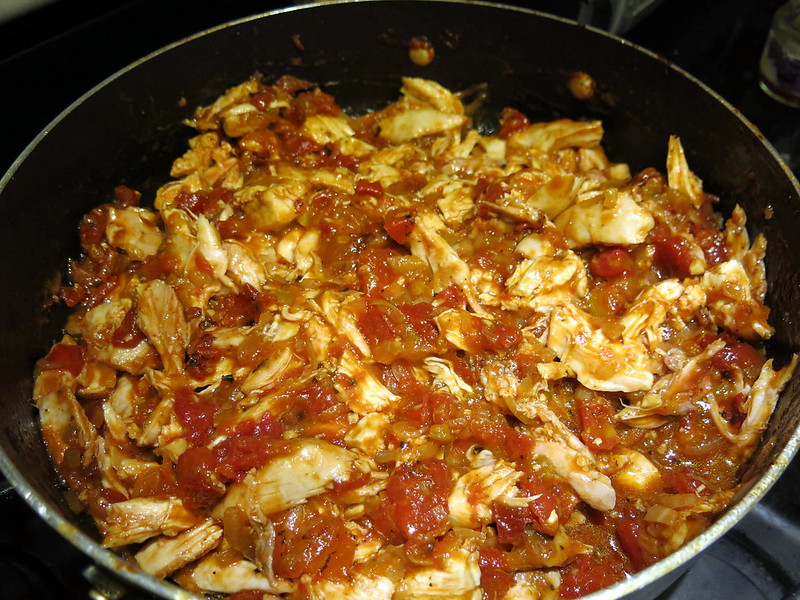 Adapted from Food and Wine and Serious Eats 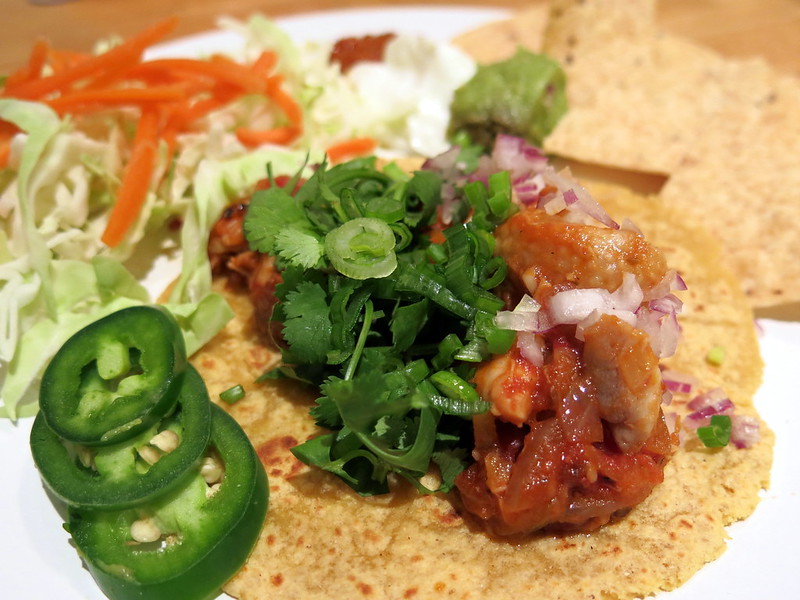