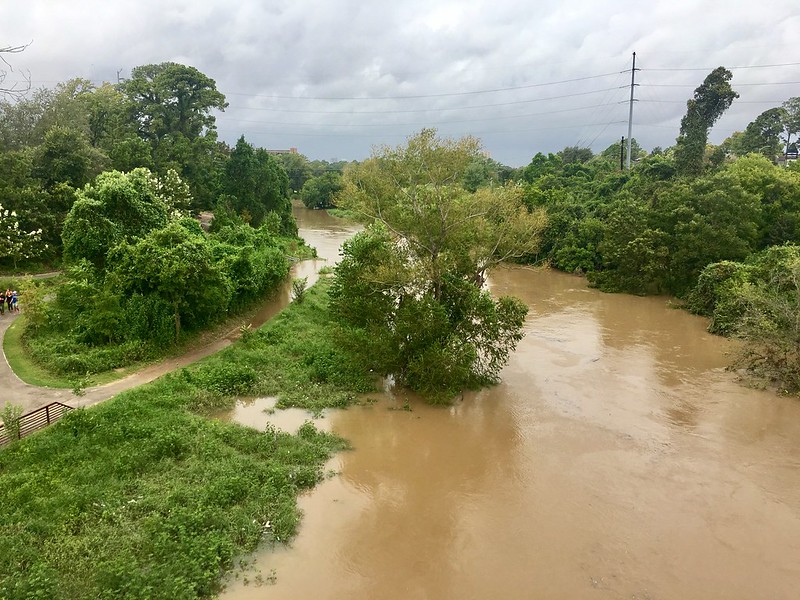 “I won’t tell you what to do… but I’m really worried.”

I looked at KT with big, scared eyes. He had put on his Going Out Clothes, getting ready to meet his friends at a nearby bar to watch the Mayweather vs. MacGregor fight.

He looked back at me, and then out the window. In the darkness, the rain fell lightly and steadily. Last night, the first outer bands of Hurricane Harvey had hit our part of Houston, flooding the streets but draining away by sunrise. It seemed like any of the other storms that would frequently, uneventfully pass through our city. In the morning, the skies had looked clear enough that we even ventured outside to take a look at Buffalo Bayou, brimming with murky brown floodwater.

I wasn’t about to fall into a false sense of security, however, especially after repeatedly checking the news and seeing the same flashing headlines: the worst is yet to come… tonight!!! The days prior, we (mostly I) had stockpiled 15 gallons of water and nearly a dozen cans of food, adding rations to the complete emergency kit I’d brought with me from California. They sat in our utility closet, untouched and unneeded… for now. My neurotic self was still bracing for the true impact of Harvey.

KT sensed my tightly-wound, fried and frayed nerves, and softly relented. He changed into his pajamas.

While we settled in for a long night of video games, the flooding began. 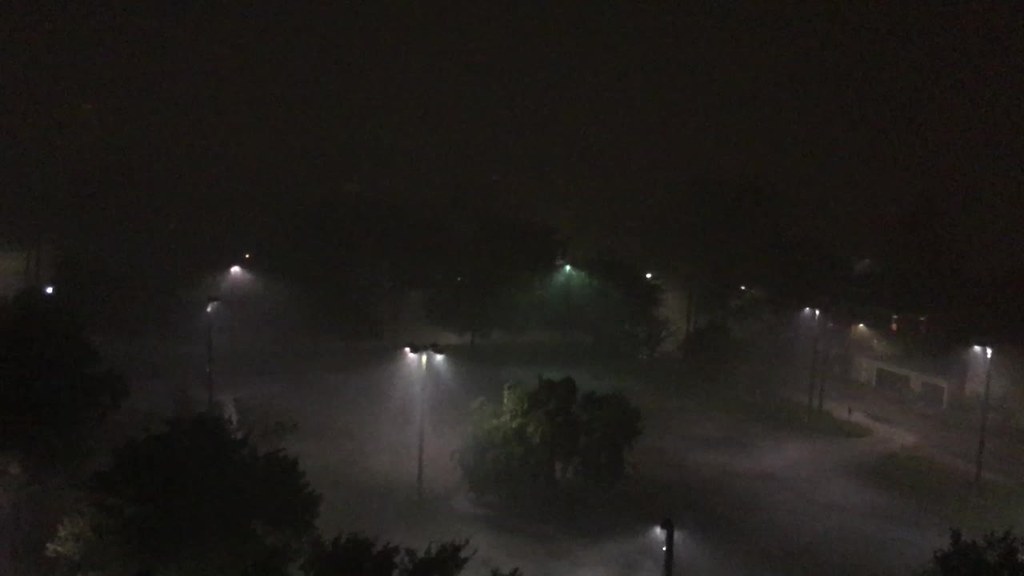 “I won’t tell you what to do… but I’m really worried.”

I looked at KT with big, scared eyes. He had put on his work scrubs, getting ready to volunteer at the George R. Brown Convention Center.

The past three days had been a blur of relentless rain outdoors and forced togetherness indoors. Luckily, up on the seventh floor, we suffered little else other than window leaking — but the rest of Houston was not so fortunate. My friends, who lived only a few miles away, watched as the floodwaters engulfed the entire first floor of their apartment complex, eventually cutting off the power supply. Throughout Houston, the damage varied block by block, with some areas seeing much heavier flooding than others. By now, the streets were starting to clear up in some areas. Displaced people were beginning to arrive at the makeshift shelters in Houston.

After fighting through cabin fever, KT was relieved when a call-to-arms came through. His resident friends were going to help evacuees — and did he want to join them?

I want nothing more than to serve my community, but, in that moment, I was not convinced that it was safe to go anywhere. When I saw how moved KT was, though, I also felt something stirring within me (equal parts crippling fear and civic duty). “I’ll go with you,” I offered. So we did.

After carefully, cautiously driving downtown (avoiding every puddle we could, taking every detour necessary), we arrived at the convention center that evening. It was swarming with people, both volunteers and evacuees, with more arriving minute by minute. Unfortunately, this also meant that the entire system was overloaded. After nearly an hour and a half of moving through volunteer intake, I decided to abandon ship and try again another day, leaving KT to get expedited as medical personnel. As I left the center, I saw dozens of vehicles — buses, army jeeps, dump trucks — dropping off Harvey refugees and supplies. It broke my heart. I cried as I drove home, the rain still falling around me. 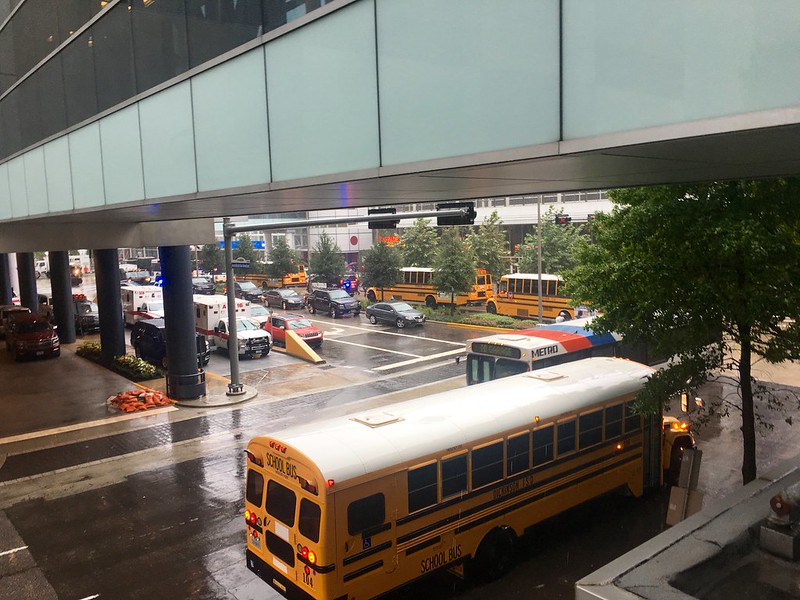 “If I were there, I would have told you what to do. I’m really worried.”

This time, it was KT serving me puppy dog eyes. I’d just come home from a volunteer shift. My university had been organizing various disaster relief efforts, and a previously-flooded church had requested help.

Little did I know, when I signed up, that this would be a demolition and clean-up mission. Dozens of us, completely untrained and under-equipped, were sent to remove soaked belongings, break up drywall, tear out soggy carpet, move around piles of glass and debris, etc. One of the most ridiculous tasks was moving literal tons of bricks, which, for whatever reason, had been neatly stacked and stored in a room for some unnamed future use. The flimsy dust masks we wore were not enough to stave off the thick, cloying smell of mildew as we moved the heavy bricks, piece by piece, to the trash bins.

As I exhaustedly related this experience to KT, he grew incensed. “I would have told you to leave. That’s endangerment, a hazard. Who knows what materials there were in that building?” I nodded weakly. “Contractors. I get why people hire them.”

Incredibly, of all the experiences that we had had during Harvey, my day spent volunteering might have posed the most imminent bodily danger. However, it also gave me insight into what the long haul of disaster recovery can entail. While Harvey had become “only” a tropical storm by the time it hit Houston, its real threat was in flooding. Up until now, it was easy for me to dismiss property damage as a real and scary cost — after all, you, as a person, are okay, right? However, the destruction of buildings is meaningful; it is the removal of safe, community spaces. An inch of water can ruin thousands of dollars of infrastructure, can cause lasting distress, can drive people out of their homes.

There are so many things I am still processing about Hurricane Harvey, and the many natural disasters that have followed (and will continue to follow, thanks to climate change). I’m thinking about all the ways in which I am fortunate, including having a partner, family, and friends upon whom I can rely. I’m thinking about “voluntourism,” given the groundswell in charity efforts in the aftermath of the hurricane. I’m thinking about the evacuees who were at the shelters, and how these are typically very disadvantaged people who have few resources available to them. I’m thinking about what it means that some of the most privileged among us were also the least generous, and the connection between faith and values. I’m thinking about how something terrible can pull a city together, so that I don’t blink twice now when I come across the many corny lines about being #Houstonstrong. 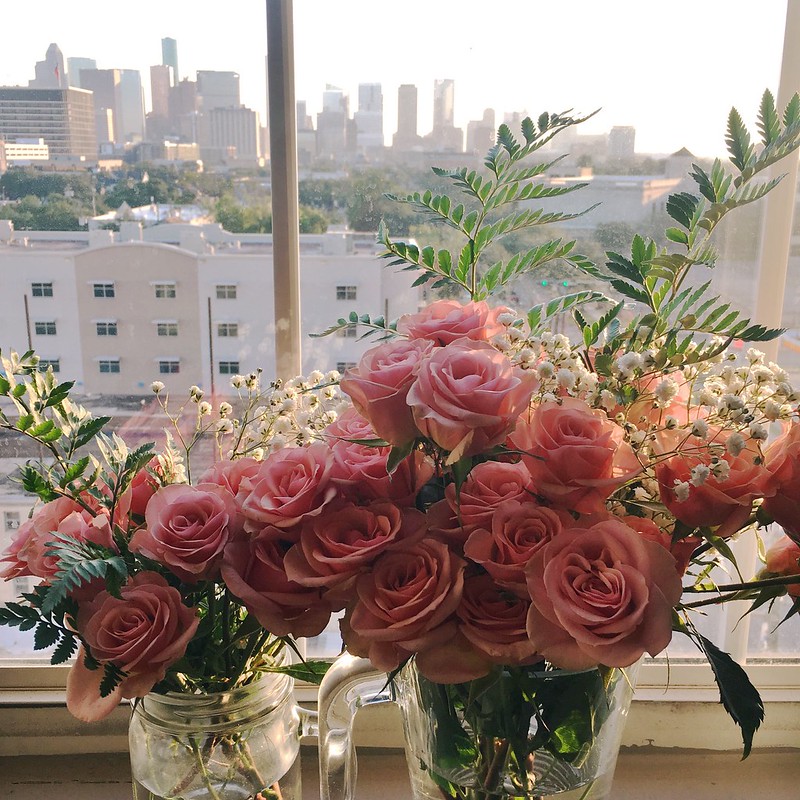 One thought on “Hurricane Harvey”