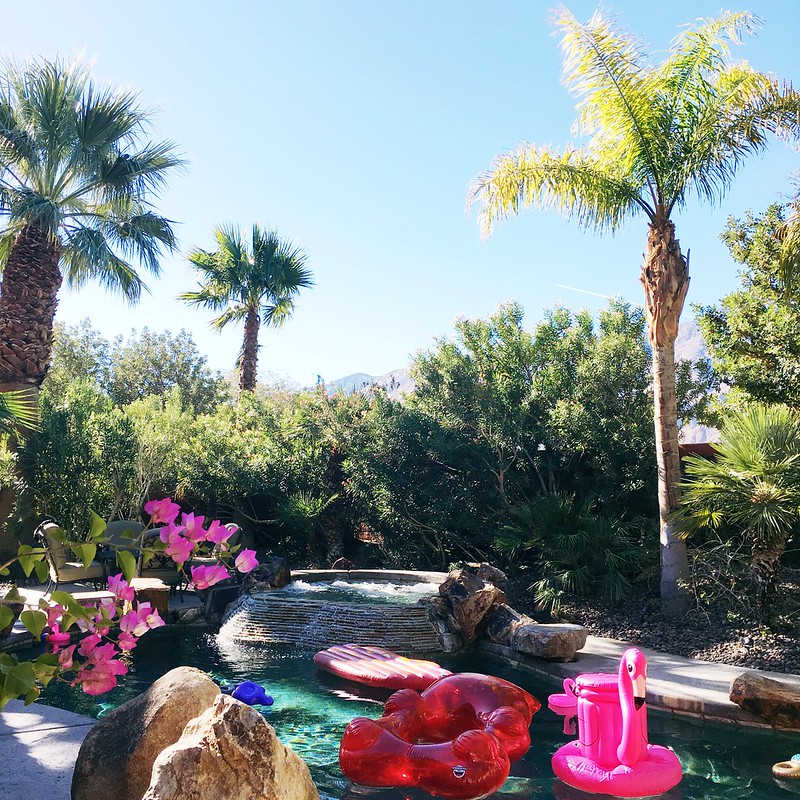 I saw a lot of things this past year. A terrible man took over; the masses rose up. I survived a hurricane and a rare snow day. I leaned more deeply into my community and my loved one. I failed in some of my goals, but accomplished things I didn’t even know were within reach. I traveled across the state, country, and world, several times over. I was broken down and built up, and somehow found balance.

I’ve now been completing these annual surveys for a decade (!!) — so here is one for an utterly exhilarating and exhausting year.

★★★☆ I’m doing much better in this regard. I initially wrote this with the intention of leveling out an intense diet and exercise regimen. I’m pretty (relatively?) reasonable now — I train three times a week, dabble in other forms of fitness, and avoid gluten and dairy. I’m also continually, incrementally learning to balance other aspects of life, including balancing time between work, friends, and love.

★★★☆ Getting ever closer. I made more deliberate strides towards interdisciplinary work, particularly in the public health arena.

And a new one for fun: Curse less.

Quite a few — I guess it’s that time in my life now (eek!). Two of my older cousins and a handful of my friends.

Same as the two years prior: first-author publications in peer-reviewed journals. It didn’t happen for me in 2017, but I’m hopeful this is the time.

Winning a few recognitions, including a small research grant from my professional organization, a student award from an interdisciplinary field, and a travel grant from my university.

See #5 above: not publishing.

I got a cold around Thanksgiving time. Surprisingly, given my intense physical activities, I didn’t get any serious illness or injuries.

A MacBook screen protector (it is insane how much my screen deteriorated from the keyboard cover pressing up on it). My Allbirds. As much as I hate to say it… my CrossFit membership.

My sister’s, for applying to PA school like a boss. My brother’s, for finishing up his occupational therapy program.

Other than President Voldemort? My advisor’s unique form of “motivation” got to me, for very short-lived moments in time.

Anything by dvsn, Majid Jordan, and (as loathe as I am to admit) Taylor Swift

i. happier or sadder? A bit sadder, thanks to peak grad school stress
ii. thinner or fatter? Perhaps a shade thinner. I think my body is normalizing from a rollercoaster of weight loss/gain over the past four years.
iii. richer or poorer? The same.

Overanalyzing situations and doubting myself and others. I’ve found that this year has involved too much rumination and too little action. I’d like to be able to hold a thought in my head for only the time it needs to settle, express or resolve it, and move on.

Focusing on others. I’ve always known that I am an other-oriented person… I’m making a concerted effort to be a little more selfish — to ask how I’m feeling about things first. It feels very wrong and unnatural for me to not immediately take the temperature of the people around me, but I think it’s important for me to learn how to set up safe boundaries for all my relationships.

Waking up in NYC after Christmas Eve with KT, and flying six hours cross-country to make it home, just in time for my family’s party.

Already there — although I did get pretty newly enamored with my cousin’s baby Sam.

I dislike some people, but I would’t say I “hate” them. I did realize this year that my outward expressions of displeasure as basically undetectable, since I am so nice at baseline.

By far, The Sympathizer. Its beautiful, tragic, cutting characterization of the refugee diaspora left me s h o o k . I am so grateful to KT for putting it on my radar — and happy that we got to see Viet Thanh Nguyen speak at Rice.

A profession of love.

*grunting* must… not… mention… publications…

Lady Bird and Moonlight. Coco was nice to watch as a holiday tradition with K’s family, but didn’t live up to the hype; Inside Out was much better. We also watched a ton of documentaries, including Tickled, The Red Pill, and Open Secret.

I had dinner, drinks, and dancing at Sterling House. KT and I then went away for a lovely weekend in a zen cabin in Asheville.

KT going on my Thailand trip with me?

The same as all the past years: “grandmotherly, comfortable, quirky.” This year’s staples include the shapeless dress (muumuu) and Vans tennis shoes (soon to be ousted by Allbirds loafers).

Unfortunately, I had to throw away my beloved rayon joggers. I kept on denying that they were see-through until someone, who will not be named, snapped a photo of my underwear visibly showing underneath my pants. So.

Working out. Despite not being a “typical Crossfit personality,” I’ve really enjoyed its variety, effectiveness, and ass-kicking qualities. The endorphins are real.

Since resuming weekly SNL-watching, Colin Jost has really been doin’ it for me (although I don’t love his current choice in partner, ScarJo. I mean, I wouldn’t love him dating anyone other than me, tho…)

So many things, but gender equality really got to me this year. Women’s March. The #metoo movement.

It was also particularly heart-filling and heartbreaking reuniting with my friends in Thailand. I publicly ugly-cried when I realized I wouldn’t see them again in a long, long time.

All my Chiang Mai and Phuket babes!

In KT’s words, this is going to be “mad corny” – but my favorite moments were early morning cuddles with my boo.

I also really loved my first century bike ride, once it was over. I’d signed up for a 175-mile ride on a whim, wanting to put my beautiful road bike to use. However, Hurricane Harvey put a huge, wet wrench in my training schedule. Trying to build endurance on a compressed schedule was, in a word, miserable. I was so incredibly proud when I was able to power through eight hours of biking, day of.

Hmm… probably crying in the middle of my DisneyWorld vacation, having a casual crisis about how men could make me feel so very powerless, in front of my best friends and one of their moms.

Chez A’s in Arcadia, having lots of wine and playing Taboo and looking at glowsticks in the dark.

Some old friends, and some new!

So many perfect friends, and my sweet KT once again.

Nope, though I’ll be darned if we didn’t try to drive each other away on a near-daily basis. 😉

I’m pretty grateful for the new first years in my program!

March. Traveling to NC and DC was lovely.

Not including my adoptive home state:

Probably Banks. She was out of this world.

Probably a normal amount. It dropped off quite a bit the further we went in the year.

I didn’t stand up to my roommate when she was behaving very badly. I still feel quite guilty for trying to be so diplomatic, when I really wish I’d been more honest.

That I wasn’t working hard enough.

I hope not. I probably did, by virtue of not defending the powerless.

Winning a small grant from my professional organization.

Winning a student award from the professional organization with which I hope to align.

Trying to make a joke during a lab dinner and hearing absolute silence.

I’d have applied to some of the international travel and research grants I’ve been constantly eyeing.